Second Symposium on ATP1A3 in disease
Rome, 23 – 24 September 2013
Organized by
Institute of Medical Genetics, Catholic University, Rome
A.I.S.EA Onlus, Italian Patient Association for Alternating Hemiplegia of Childhood
Concluding Remarks
by Dr. David Goldstein
As many here may recall, we were unsure about whether we should hold the Second Symposium on ATP1A3 in disease so quickly after the first meeting (First Symposium on ATP1A3 in disease, Brussels, December 2012) . While we felt it was important to maintain the momentum and sense of community, we were also concerned that there may have been too little time for enough progress to have been made to warrant a meeting. Having listened to presentations and the discussions, it is clear to me that holding this Second Symposium was the right decision.
I would like to thank in particular our Italian hosts for their careful and thoughtful organizing of this meeting, and their gracious hospitality, in particular Drs. Fiorella Gurrieri, Giovanni Neri, and Danilo Tiziano and Filippo Franchini and Rosaria Vavassori. It was very brave indeed for them to take on this organizational task on such short notice, and they have done a masterful job.
I will not try and review the entire proceedings, but I would like to highlight just a few advancements that I think are particularly encouraging. Despite the very short time since the initial discoveries of the role of ATP1A3 in AHC, there has already been very significant progress made toward a systematic assessment of genotype-phenotype correlations. In particular, Drs. Arzimanoglou and Panagiotakaki reviewed preliminary results from an international consortium that strongly suggests that different ATP1A3 mutations are associated with different clinical outcomes, a conclusion consistent with the initial report from Japanese patients.
Likewise, there has also been significant progress in characterizing the functional effects of disease-causing mutations. In particular, Dr. Petrou’s lab has shown that both AHC and RDP (Rapid-Onset Dystonia Parkinsonism) mutations are associated with a complete loss of the “normal” function of ATP1A3, transporting sodium ions out of cells, and potassium ions into cells.
This observation, also clearly predicted from structure function modeling, emphasizes the key question of how the mutations causing RDP differ from those causing AHC. A tantalizing hint of potential differences came from the work of Dr. Koenderink, suggesting that proteins carrying the AHC mutations may respond differently to oubain-like compounds compared with those causing RDP. Also relevant here is the remarkable resolution emerging from Dr. Nissen and his colleagues in modeling the effects of AHC and RDP mutations in detailed structural models of the ATP1A3 protein. This work holds the real promise of being able to model in silico how candidate compounds may influence the effect of these disease-causing mutations. There also has been impressive progress in the development of D801N and D801Y mice that undoubtedly will help us better understand the pathophysiology unique to the two diseases.

The other main lesson I drew from this meeting is less technical, but no less important. It is clear to me that translating the genetic discovery of the cause of AHC into new, and desperately needed treatments, will only come from dedicated and cooperative science. We are blessed in ATP1A3 research in having the committed involvement of a community of some of the strongest scientists working today in a remarkably broad range of scientific disciplines, from human genetics through electrophysiology, structural biology, animal models, and clinical expertise. Finally, combining in this meeting, as is our custom, scientists at the cutting edge of their fields with the families of patients and their representatives serves to both remind us of why we are doing this work and to motivate us to continue to work together as a team to find new treatments.
For me, the patient perspective is perhaps the most important part of our meeting. I was struck in particular by the personal accounts of what it means to live with, and care for, children with AHC. This is, fundamentally, the glue that holds us together and reminds us of why we must continue to work as a team. Science is and should be a competitive discipline. And yet, we must always remember our shared goals, and we must work toward those goals in an open, honest, and collaborative fashion. This was brought home eloquently by Mr. Johannesson, who, along with his wife who was also present, cares for their child with AHC. Mr. Johannesson, after outlining ways in which patient foundations can help scientists, reminded us of what we can do to help him. What he asked of us is to work openly with one another, to work honestly, and to remember that we all share a goal that transcends scientific competition and recognition. We want to improve the lives of the patients who live with AHC and the families that care for them.
His words and those of his colleagues are something that we should all keep in mind in all the work that we do, and how we do it. We should recognize the practical advice of Mr. Wuchich, who with his wife also cares for a son with AHC. The work necessary to translate a genetic discovery into new therapies is both long and expensive and, to ensure that research in AHC and RDP progresses, it must be supported. To ensure that ATP1A3 research receives the support it needs, we should learn from successful examples of other genetic diseases that have received the support they need through persistent advocacy and strive to make AHC and RDP another successful example.
The discovery of the gene responsible for the vast majority of patients with AHC could not have come at a more opportune time. We are entering what I believe is a new Golden Age for biological research. During only the few short months since the discovery of the role of ATP1A3 in AHC, technologies for “writing” genomes have advanced dramatically, to the point where we can now systematically edit the mutations that cause AHC into human cells, and differentiate those cells into neurons to establish new and powerful screening platforms. These screening platforms can now be married with both structural models to identify promising candidate, and with animal models of AHC and RDP. All of these cutting edge areas of biological research are fully represented by the community of scientists committed to AHC, and committed to working together, and sharing their plans and their progress in annual meetings, together with patient families and representatives. When these new biological tools eventually yield new directions for therapy, as I feel sure they will, there are dedicated clinicians who stand ready to carefully and ethically evaluate these new therapies in dedicated AHC clinics that draw together all the clinical expertise needed to fully evaluate new therapies. Even at this early stage, we already heard about such dedicated clinical environments from Drs. Swoboda and Mikati.
I leave with a sense of optimism that we have established a community that will work together toward our central goal: finding new treatments for AHC.
With sincere thanks for your participation and commitment
David B. Goldstein
Rome, Sept 24 2013 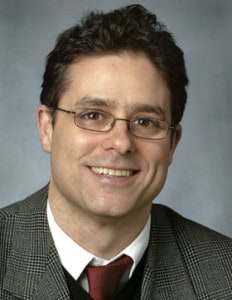